Considering an Abortion? Here’s the Info You Need

Are you pregnant? Do you think you may be pregnant?

If so, you may find yourself wondering what your options are. At this point, many people begin looking for abortion information and find the waters to be muddied. The decisions you’re facing are stressful enough as it is. Our goal is to equip you with the facts about abortion so you can make an informed decision about your pregnancy.

So how do we start? Well, first things first. You’ll want to confirm whether you’re pregnant or not. 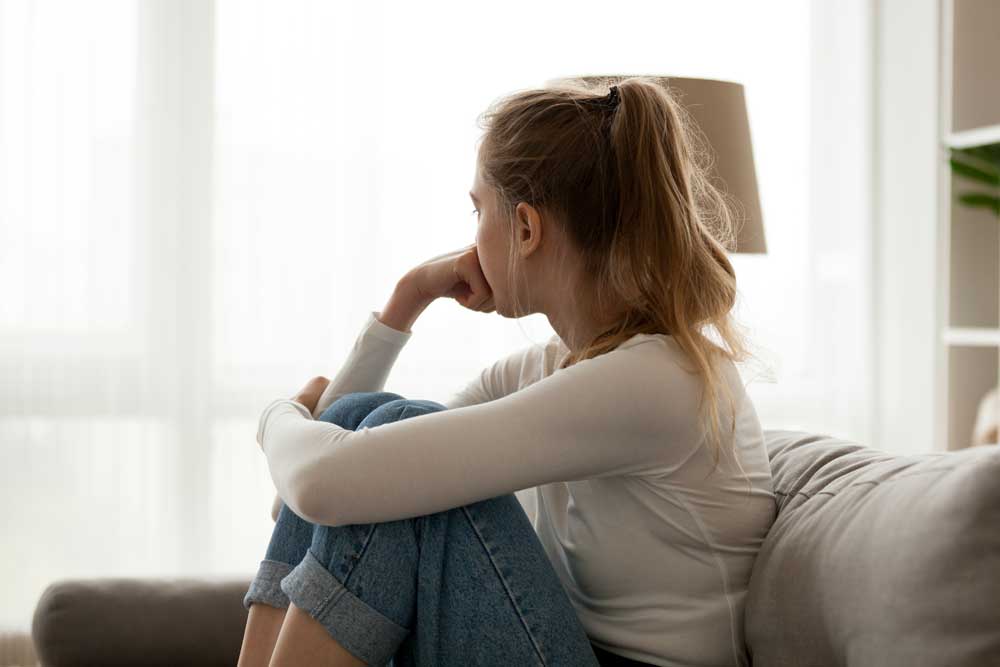 Am I Pregnant? The Urine Test

A urine test will identify the pregnancy hormone, also known as human chorionic gonadotropin (hCG). They are highly accurate in their detection of hCG levels. However, if you took the test close to the time you missed your period, you may get a more accurate reading now that some time has gone by. The hCG concentration increases each day during early pregnancy, so it may be ideal to test yourself about a week after missing your period.

Your first option is the home pregnancy test (HPT). These have been on the market for several decades and tend to be quite accurate. If you go this route, make sure your test is not expired and that you carefully follow the instructions.

However, we highly recommend the second option, which is clinical testing. Going into a clinic for your urine test should take away some of the stress of human error. You’ll have the assurance of knowing that the people there are knowledgeable and have gone through the process many times before. This is also an opportunity to gather additional information in a safe, confidential setting.

So let’s say you go to a clinic and your pregnancy test is positive. First of all, that’s typically all the information you’d receive regarding the status of pregnancy. You’d probably be told that the test is positive, rather than being told that you’re pregnant. We understand that there are many factors involved and that a positive reading can mean different things for different people.

*Medical: As effective as these tests are, there’s always the chance for error. That’s why you’ll want to confirm your pregnancy with an ultrasound. This is something we can do for you right here at our office. The ultrasound will confirm whether you have a viable pregnancy. It will also give you a more accurate dating of your pregnancy.

Another thing to consider at this point is making an appointment with your physician. Don’t have a physician? No problem. The pregnancy clinic or resource center can help you find one right for you. If you don’t already have someone in mind, your physician can refer you to an OB/GYN. Another thing you can be tested for at that time is sexually transmitted diseases (STDs).

Not Ready? Educate Yourself with Abortion Information

There are many young women who go through the steps already mentioned and for one reason or another, do not feel ready to continue the pregnancy. The most important thing at this point is to gather all the abortion facts you can so you can make an educated decision. We’re talking about questions like what abortion is, what it involves at each stage of pregnancy, and whether there are any risks associated with abortion. We’ll now take a look at some information on abortion to get a clearer picture.

If You Would Like To Learn More, Call Us Today! 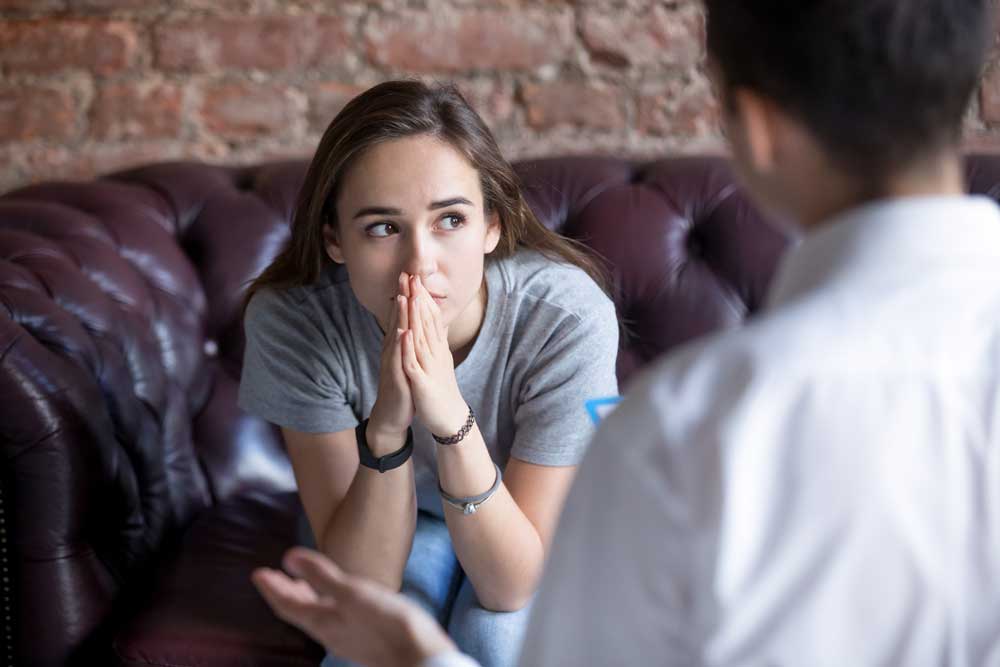 Clearly, this is a hot topic and it can be difficult to find the abortion information you really need. So let’s take a look at what a federal government agency has to say. According to the Center for Disease Control (CDC), “a legal induced abortion is defined as an intervention performed by a licensed clinician (e.g., a physician, nurse-midwife, nurse practitioner, or physician assistant) that is intended to terminate an ongoing pregnancy.” That said, there are several types of possible abortions. While there are different ways to break these types down, we’ll simplify it here.

Miscarriage, also known as spontaneous abortion, can be defined as “a pregnancy that ends on its own, within the first 20 weeks of gestation.” This is the most common way a pregnancy is lost, with 10-25% of all clinically recognized pregnancies ending in miscarriage. This usually occurs during the first 13 weeks of pregnancy and is obviously quite different from the other information about abortion covered here.

The Guttmacher Institute states that “medication abortions accounted for 39% of all abortions in 2017, up from 29% in 2014.” The United States Food and Drug Administration approved the drug mifepristone in 2000. This is a first trimester abortion, something that occurs within the first 10 weeks of gestation. The intent with this pill is to end a pregnancy in women who have experienced their last period in the past 10 weeks, or 70 days.

One method of surgical abortion is called an aspiration abortion. This is another type of abortion that occurs in the first trimester. Normally, the patient will need to be dilated well before the procedure takes place. The abortion practitioner then uses either a plastic cannula or a hand-held syringe to pull the baby out of the uterus. Early-stage aspiration abortions are done between 5-9 weeks, but can be done between 10-14 weeks if using a machine-operated pump.

Another method of surgical abortion is known as dilation and evacuation. This is the method used during the second trimester. It involves vacuum aspiration as well as utilizing forceps to remove the baby from the uterus. If it’s been more than 13 weeks since your last menstrual period, a dilation and evacuation is most likely the type of abortion you’d be having. While this is typically an outpatient procedure, risks increase as your pregnancy progresses.

We just mentioned the fact that risks increase as your pregnancy progresses. That brings up an important topic many women are looking for when seeking abortion information. So what are the risks? 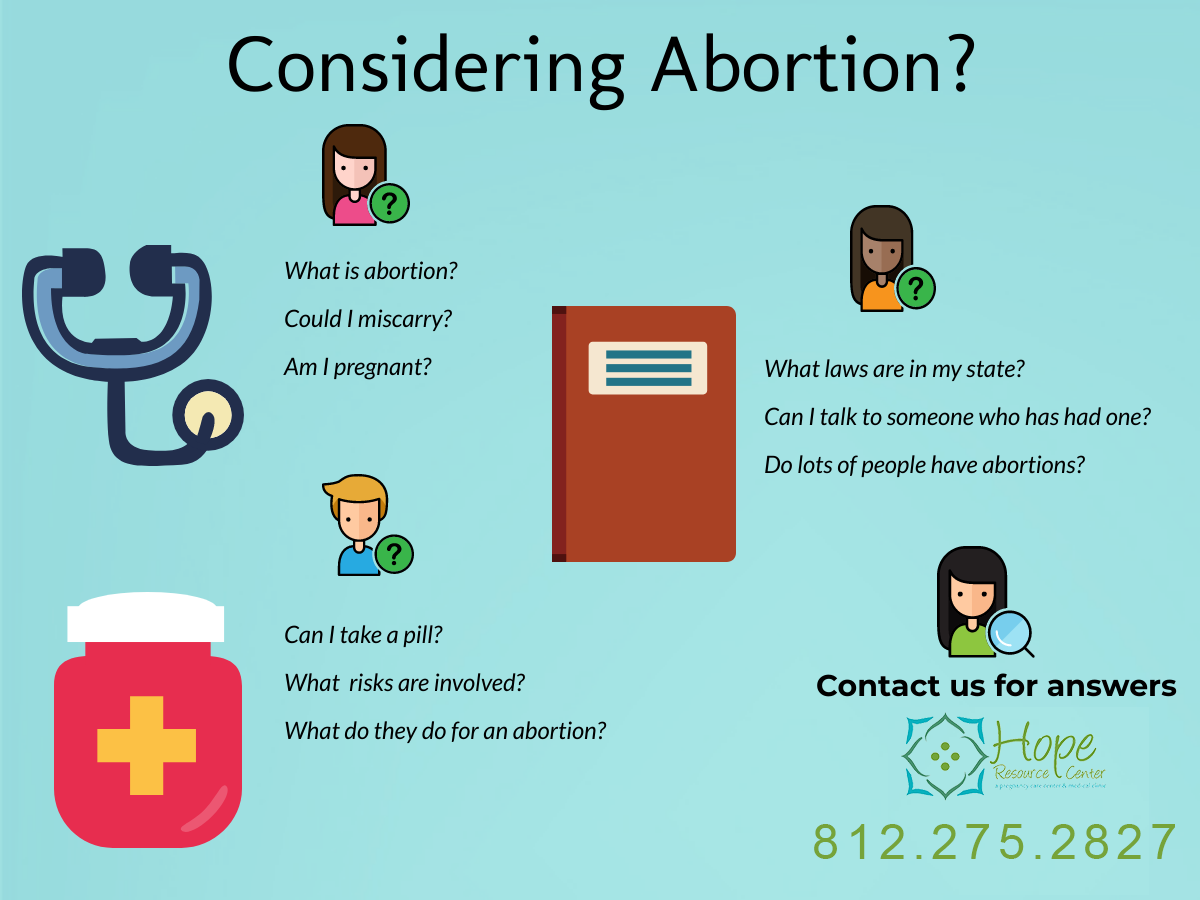 So What’s Right For You?

It’s important for you to gather accurate pregnancy and abortion information so you can make an informed decision. You hold the key insights as to what’s going on in your life and what your future will look like. But people are here waiting to help. Do you need someone to talk to?

Just pick up the phone or send an e-mail to schedule an appointment at your convenience. You’ll get a thoughtful, non-judgmental response on the other end. Please note, our office doesn’t provide or perform abortions but can provide the abortion information you need. We’re here to help you choose the best next steps for your life.